The following ruleset was established to offer the best settings possible for fights, between realism and security. Any breach of these rules can be reprehensible.. Do not forget that these are YOUR battles, act with others the way you want them to act with you.

If you’re having any question on a rule, a weapon you own or any other interrogation, feel free to ask us away via our contact formular!

Breaks or pauses during the fights
Only the Herja staff members will be allowed to stop the fights if they decide it is necessary, whatever the reason : endangering one’s life, serious wound, disrespect of the ruleset, etc.
For this, they will be given a whistle, meaning that no other participant will be using any during the fights.
The only and most important rule is that at any whistle, the fight will immediately cease!

Fairplay : this idea covers both the opponent’s due respect, the rules, the referees’ decisions, potential spectators, and the spirit of the game, as well as loyalty, the self control and dignity in both victory and defeat
At Herja, there is nothing to win, it’s not a competition. We all are here to engage in epic battles !
Which is why behaviors like not counting the received blows, contest the decisions and any other cheating of any kind are disrespectful towards the participants, the organisation, and the fight itself.
They do not belong at HERJA which aspires to be an event that gathers opponents, rather than a competition that divides enemies.

We have to be respectful and model fighters!
Any inappropriate or disrespectful (brawl, slurs, intentional wounds, …), whoever it is directed at, will be punished immediatly!
The staff members are authorised to not allow any participant to fight during the rest of the event, or to banish him from Herja.
If a conflict occurs, the staff members will be around to help find a peaceful, and calm end to it.


You are asked to always favorise fairplay


You are asked to always favorise fairplay 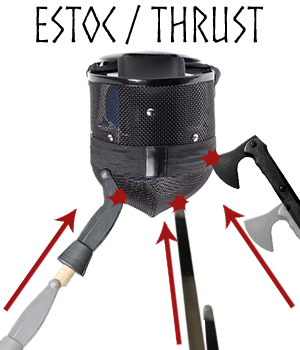 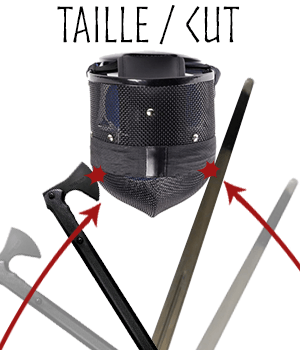 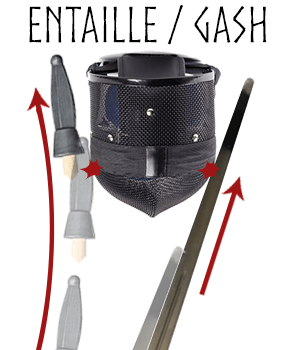 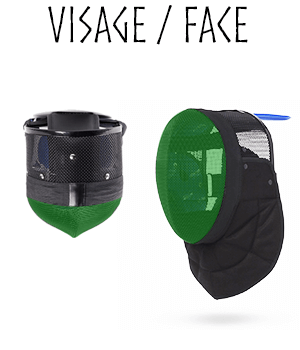 Hits on the back of the neck are strictly forbidden.

If you find yourself behind an opponent, target his butt rather than his vertebral column. Think of this simple rule : It’s better in the butt!

p>Except for thrusts, all hits must be pressed on to be valid.

Use an axe, 1 or 2 hands, to hook a limb is valid no matter the protection!

For the spears, only thrusts will be valid. The only exception, heavy spears held with 2 hands, apply the hit rules for 2-handed spears but also those for swords.

If two opponent hit each other at the same time, they are both considered dead. Only a counter of the defender initiated at the same time will be validated. Use fairplay.

!!! NEW !!! Shield blows to the head are still allowed but they must be given vertically or at a maximum angle of 45°, those given horizontally are now prohibited!

Falling on the ground is not considered as deadly.

You can only use your own or your allies' throwing weapons. A thrown weapon can only be thrown once per battle.
It is authorized to loot a weapon on the ground and to use it (but not throwing it), assuming the owner agrees with it.

A projectile impact (javelin, arrow or stone) after a bounce doesn't not count as a hit.

When you are dead, you must lay on the ground until the end of the battle. Remember to protect your body and your head with your shield, or by default your arms and hands.
It’s forbidden to remove your fencing helmet before the announcement of end of the battle.

Wrestling is allowed during the battle. No blow will be given without a weapon (no punch, no kick). Only a weapon can kill during a wrestling phase. If one of the wrestler loses their mask, the fight has to stop imidiately. Both the fighters will go back in their ranks.
Close quarter engagements will have to be avoided and quickly de-escalated. Glima will be forbidden for this edition.